“PACCAR’s strong balance sheet and positive cash flow have enabled the company to invest over $2.2 billion in new products and services in the last three years.  PACCAR began production of its new vocational Kenworth T880 and Peterbilt Model 567 trucks in late 2013.  These new vehicles expand PACCAR’s offering in the construction, utility and refuse markets and complement the Kenworth T680 and Peterbilt Model 579 on-highway trucks.  PACCAR’s range of fuel-efficient engines has also expanded with the launch of the PACCAR MX-11 engine in Europe.  These new products will contribute to the company’s long-term growth,” added Armstrong. 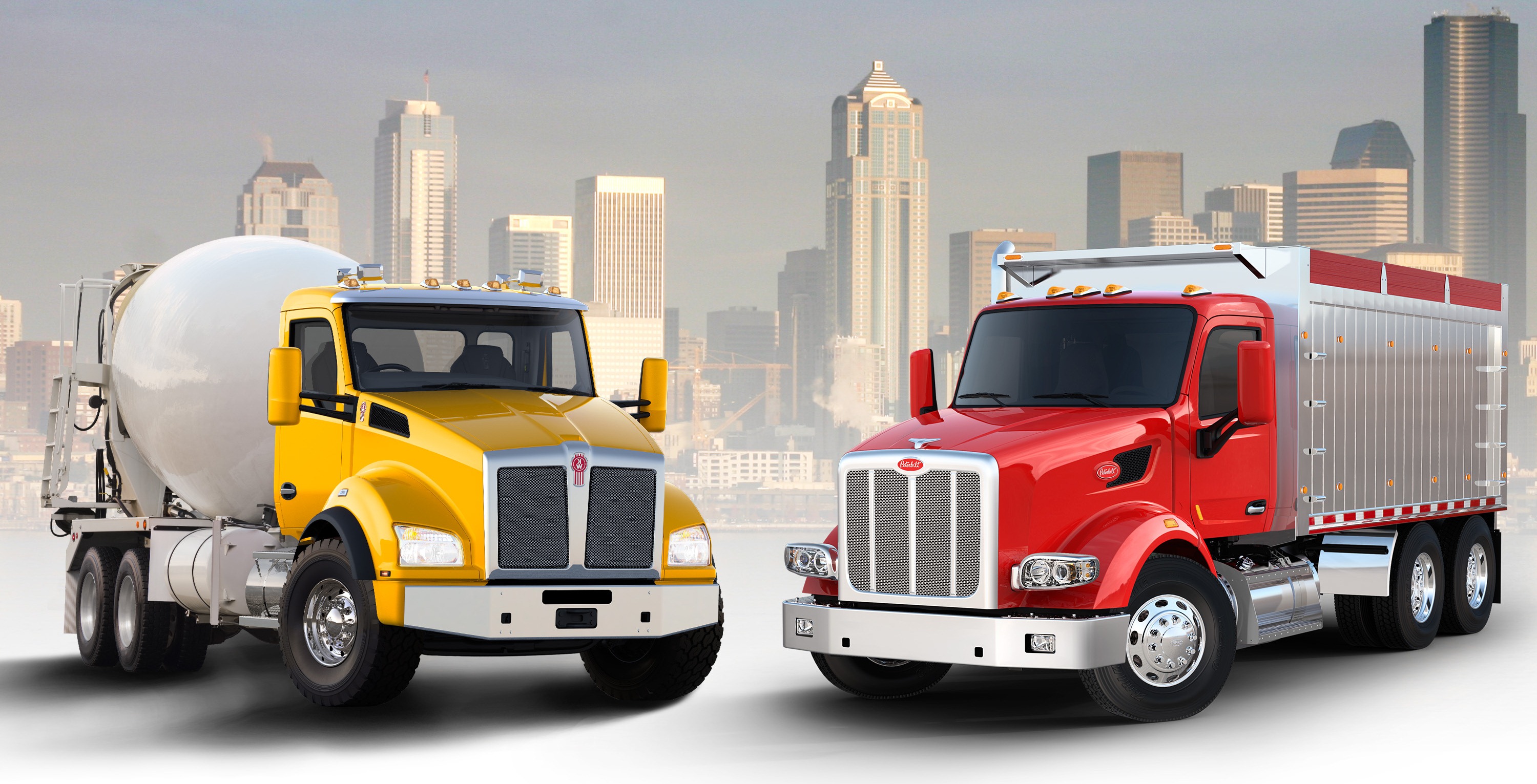 Highlights – First Quarter 2014
Highlights of PACCAR’s financial results during the first quarter of 2014 include:

DAF is a leader in the European tractor market and is also the overall market share leader in the United Kingdom, the Netherlands, Poland, the Czech Republic and Hungary.  “Our customers recognize DAF’s excellent product quality, low operating costs and strong resale value,” said Harrie Schippers, DAF president.  “The launch of the new DAF XF, CF and LF Euro 6 vehicles strengthens DAF’s position as the leading provider of integrated transport solutions.  Industry truck sales above 16-tonnes in Europe were 241,000 units in 2013.  It is estimated that industry sales in the above 16-tonne truck market in Europe this year will be in the range of 200,000-230,000 units." 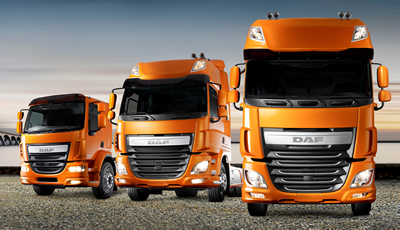 “Class 8 industry retail sales for the U.S. and Canada in 2014 are expected to be in a range of 220,000-240,000 vehicles, compared to the 212,000 vehicles sold in 2013.  The increased market is due primarily to the ongoing replacement of the aging truck population and improving construction and automotive sectors,” said Dan Sobic, PACCAR executive vice president.  “The truck market in 2014 may also benefit from some expansion of industry fleet capacity, reflecting continued strong freight demand," added Sobic.  PACCAR achieved a record 16.2 percent share of the above 16-tonne market in Europe and a 29.7 percent share of the Class 8 North American truck market in 2013.

“The growth in PACCAR’s aftermarket part sales has been driven by ongoing investment in distribution, technology and products, including the growth of PACCAR Parts global TRP all-makes brand,” said David Danforth, PACCAR Parts general manager.  “Improving fleet utilization and the age of the North American truck fleet are contributing to excellent parts and service business.  During 2013, PACCAR completed construction of a new 280,000-square-foot parts distribution center (PDC) in Eindhoven, the Netherlands, established a PDC in Ponta Grossa, Brasil, and doubled the warehouse capacity in the Lancaster, Pennsylvania PDC,” added Danforth. 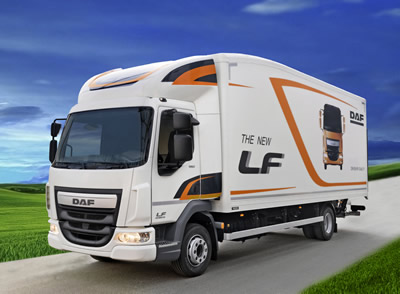 Peterbilt, in partnership with Cummins, unveiled their SuperTruck tractor-trailer that achieved 10.7 mpg under real world driving conditions. The goal of the SuperTruck program, initiated by the U.S. Department of Energy (DOE), is to improve Class 8 long-haul vehicle freight efficiency. The program focuses on advanced, highly efficient engine systems and vehicle technologies that meet emissions, safety and other regulatory requirements. In addition to the benefits of improved fuel efficiency, the SuperTruck significantly reduces greenhouse gas emissions. "The Peterbilt SuperTruck exceeded DOE goals for freight efficiency – a key metric based on payload weight and fuel efficiency expressed in tonn 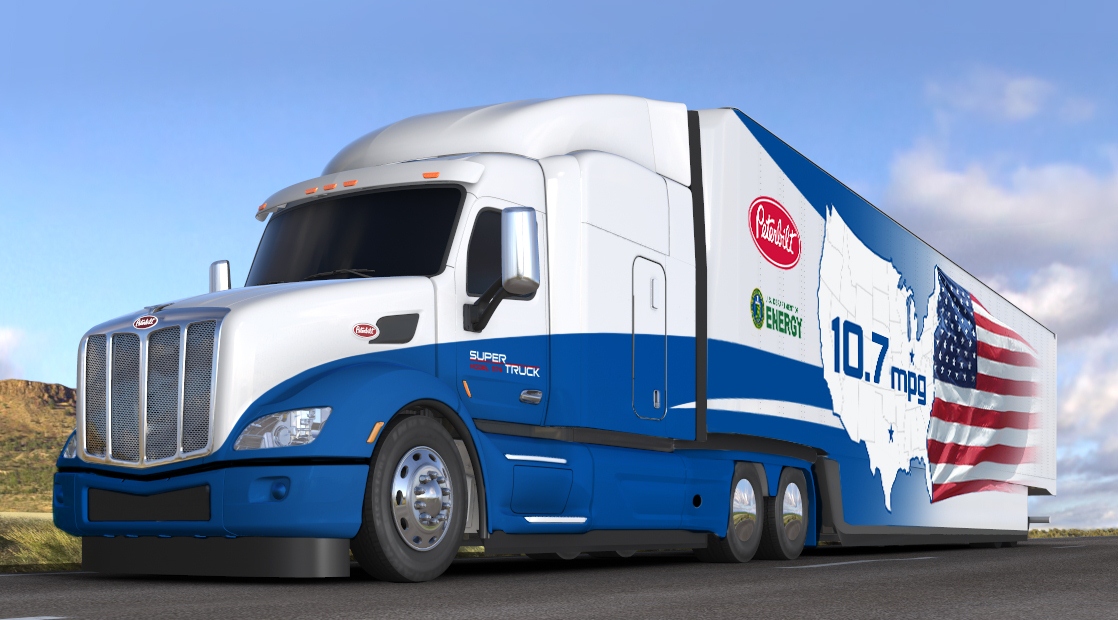 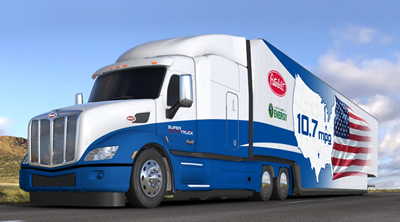 PACCAR's excellent long-term profits, strong balance sheet, and intense focus on quality, technology and productivity have enabled the company to invest $5.8 billion in capital projects, innovative products and new technologies during the past decade. Manufacturing capacity expansion of over 15 percent in the last five years and annual productivity improvements have enhanced the capability of the company's manufacturing and parts facilities. "In 2014, capital expenditures of $300-$350 million are targeted for enhanced powertrain development and increased operating efficiency of our assembly facilities. Research and development expenses are estimated at $200-$250 million this year as Kenworth, Peterbilt and DAF invest in industry-leading products and services to enable our customers to enhance the performance of their businesses," commented Bob Christensen, PACCAR president and chief financial officer.

Automotive News honored PACCAR with their 2014 PACE Innovation Partnership Award. An independent panel of judges evaluated 34 finalists for achievements in collaboration and innovation. PACCAR earned this award for its collaboration with Dow Automotive Systems for the use of structural adhesives in the production of the Kenworth T680 and T880 and the Peterbilt Model 579 and Model 567.

Peterbilt Motors is celebrating its 75th anniversary this year. In 1939, T.A. Peterman founded Peterbilt in Oakland, California, to manufacture specialized, heavy-duty trucks. Peterbilt has produced more than 800,000 commercial vehicles in its history. "Peterbilt consistently sets high standards for its products and services," said Darrin Siver, Peterbilt general manager and PACCAR vice president. "The company's 75-year tradition of excellence and innovation has established an uncompromising focus to deliver the highest levels of product quality, customer satisfaction and return on investment."

PACCAR Financial Services (PFS) has a portfolio of 161,000 trucks and trailers, with total assets of $11.66 billion. PACCAR Leasing, a major full-service truck leasing company in North America and Europe with a fleet of 35,000 vehicles, is included in this segment. PFS' first quarter 2014 pretax income was $85.5 million compared to $80.1 million earned in the first quarter of 2013. First quarter 2014 revenues were $293.7 million compared to $293.1 million in 2013. "During the first quarter of 2014, PFS profit increased due to growth in its portfolio," said Bob Bengston, PACCAR senior vice president. "Dealers and customers appreciate PFS' commitment to providing technology solutions, excellent customer service and dedicated support of the transportation industry in all phases of the business cycle."

PACCAR is a global technology leader in the design, manufacture and customer support of high-quality light-, medium- and heavy-duty trucks under the Kenworth, Peterbilt and DAF nameplates. PACCAR also designs and manufactures advanced diesel engines and provides financial services and information technology and distributes truck parts related to its principal business.

PACCAR will hold a conference call with securities analysts to discuss first quarter earnings on April 29, 2014, at 8:00 a.m. Pacific time. Interested parties may listen to the call by selecting "Earnings Webcast" at PACCAR's homepage. The Webcast will be available on a recorded basis through May 7, 2014. PACCAR shares are traded on the Nasdaq Global Select Market, symbol PCAR. Its homepage is www.paccar.com.

This release contains "forward-looking statements" within the meaning of the Private Securities Litigation Reform Act. These statements are based on management's current expectations and are subject to uncertainty and changes in circumstances. Actual results may differ materially from those included in these statements due to a variety of factors. More information about these factors is contained in PACCAR's filings with the Securities and Exchange Commission.