Paul Pigott, son of the founder, acquired a major interest in the Company from American Car in 1934. Under his leadership, the Company expanded its products and introduced the Carco line of power winches for use on crawler tractors in the logging industry. This product line later became the basis for PACCAR's Winch Division located in Oklahoma, which now includes Braden, Carco and Gearmatic. 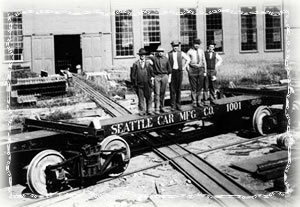 The Company entered the heavy-duty truck market in 1945 with its first major acquisition, Kenworth Motor Truck Company of Seattle. Pacific Car and Foundry greatly expanded its heavy-duty truck capability with the purchase of Peterbilt Motors Company in 1958. That same year, the acquisition of Dart Truck Company permitted its entry into the entirely new market of mining vehicles.

In 1960, PACCAR became an international truck manufacturer. Kenworth moved into Mexico with 49 percent participation in an affiliate company, Kenworth Mexicana S.A. de C.V., and in 1966 PACCAR entered the Australian truck market with the establishment of a Kenworth Truck assembly plant near Melbourne.

In 1967 the Dynacraft division was formed to provide belts, hoses, adapters, and other accessories for Kenworth and Peterbilt truck plants. In 1969, 28 acres of land were purchased at suburban Bayswater - 30 kms east of Melbourne for Kenworth Australia. Construction plans were drawn up and by 1970, the 56,000 sq ft factory and office complex was completed to produce trucks initially on a CKD (Completely Knocked Down) basis. During Kenworth Australia's 35 year history in Australia, it has become a major manufacturing force in the Australian, New Zealand and Papua New Guinea markets. 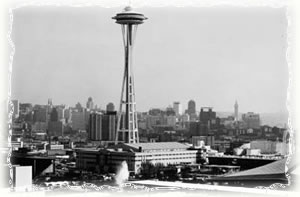 Believing "Pacific Car and Foundry Company" no longer accurately reflected the Company's products and activities, directors and shareholders voted to adopt PACCAR Inc  as its new name in 1972.

In 1973, two major divisions of PACCAR were founded. PACCAR International Inc., with headquarters in Bellevue, Washington, was formed to consolidate the sales and service of company products abroad, and PACCAR Parts Division was established in Renton to supply aftermarket parts sales.

PACCAR Leasing Corporation was formed in 1980 to offer full-service leasing and rental programs through PACCAR's dealer network. A year later, PACCAR became a European truck manufacturer with the acquisition of Foden Trucks in Sandbach, U.K.

PACCAR's new Technical Center opened in July of 1982. Located approximately 65 miles north of Seattle, the multimillion-dollar center underscored the Company's commitment to technical excellence, quality and value in the products it manufactures.

In 1986, PACCAR signed a merger agreement with Trico Industries, Inc., and became a recognized world leader in manufacturing oil field pumps and accessories. In December 1997 Trico was sold to EVI of Houston.

In 1987, PACCAR acquired Washington-based Al's Auto Supply, an aftermarket retailer and wholesale distributor of auto parts and accessories. In 1988, PACCAR expanded its subsidiary PACCAR Automotive, Inc. when it purchased Grand Auto, Inc., a California-based retailer of auto parts and accessories. In October 1999, PACCAR Automotive was sold to CSK Auto, Inc.

PACCAR solidified its place in the Mexican heavy-duty truck market by purchasing the remaining portion of its Mexican Operation, VILPAC, S.A. in 1995. 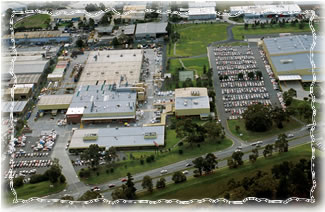 The acquisition of DAF Trucks N.V. in 1996 and Leyland Trucks in 1998 established PACCAR as one of the major truck manufacturers in the world. DAF Trucks is a Netherlands based truck company with production facilities in Eindhoven, the Netherlands and Westerlo, Belgium. Leyland manufactures DAF trucks at its plant in Lancashire, England.

In 2010, PACCAR unveiled its PACCAR MX engine line for North America.  While the MX engine was new to the North American market, DAF has been building engines in Europe since 1957.  PACCAR invested $400 million in the PACCAR Engine factory and technology center in Columbus, Mississippi, to assemble the proprietary engines.

In 2013, PACCAR expanded its global operations with the opening of a new DAF factory in Ponta Grossa, Brasil. The company invested $320 million in the 300,000 sq ft assembly facility on 569 acres. The factory assembles the DAF XF and CF vehicles for the South American market.