Construction of PACCAR's DAF factory in Ponta Grossa, Brasil is progressing on schedule.  "Brasil is a major truck market with projected industry sales above six tonnes of over 140,000 vehicles in 2013," said Marco Davila, DAF Brasil president.  "The DAF product range offers premium quality, low operating costs and the industry-leading PACCAR MX-13 engine.  Our dealers in Brasil are building new facilities throughout the country to provide world-class aftermarket support to our customers.  We look forward to the production of DAF trucks in Brasil in late 2013."

Financial Highlights Second Quarter 2013
Highlights of PACCAR's financial results for the second quarter of 2013 include:

Financial Highlights First Half 2013
Highlights of PACCAR's financial results for the first six months of 2013 include:

Global Truck Markets
DAF achieved a market share of 15.8 percent in the above 16-tonne segment in Europe this year, and is the market share leader in the United Kingdom, the Netherlands, Belgium and Central Europe.  Motor Transport magazine in the United Kingdom recently honored the DAF XF105 with the "2013 Fleet Truck of the Year" award.  "Customers recognize DAF's product quality leadership, low operating costs and excellent resale value," said Harrie Schippers, DAF president.  "DAF's range of industry-leading vehicles has been enhanced by the launch of the new DAF XF, CF and LF Euro 6 vehicles.  It is estimated that industry sales in the above 16-tonne truck market in Europe this year will be in the range of 210,000-230,000 units."

"Class 8 industry retail sales for the U.S. and Canada in 2013 are expected to be in the range of 210,000-230,000 vehicles," said Dan Sobic, PACCAR executive vice president.  "Our customers are benefiting from record levels of freight tonnage and good freight rates.  Truck demand is being driven primarily by the ongoing replacement of the aging truck population and an improving housing sector.  The truck market should benefit from projected economic expansion in the remainder of the year, particularly growth in auto production and construction activity." 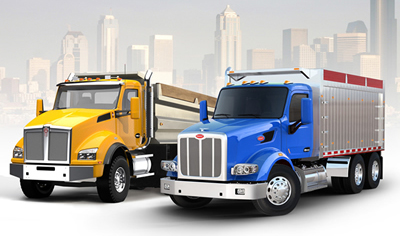 Capital Investments and Product Development
PACCAR's excellent long-term profits, strong balance sheet, and intense focus on quality, technology and productivity have enabled the company to invest $5.5 billion in capital projects, innovative products and new technologies during the past decade.  Capital investments of $425-$475 million and R&D expenses of $250-$275 million are targeted in 2013 for new products and increased manufacturing capacity.

"Kenworth, Peterbilt and DAF have launched a new family of high-quality, fuel-efficient vehicles.  PACCAR's range of engines has also been expanded with the introduction of the 2013 PACCAR MX-13 and the PACCAR MX-11 engines," said Ron Armstrong, PACCAR president.  The Kenworth T880 and the Peterbilt Model 567 trucks are designed for the vocational market and are scheduled to go into production in the fourth quarter of 2013.

PACCAR Engines
PACCAR has manufactured and installed over 40,000 PACCAR MX-13 engines in Kenworth and Peterbilt trucks in North America since the start of engine production in mid-2010.  "In the second quarter of 2013, the PACCAR MX-13 engine was installed in 30 percent of Kenworth and Peterbilt heavy-duty trucks," said Craig Brewster, PACCAR vice president.

PACCAR expanded its range of PACCAR engines with the introduction of the new PACCAR MX-11 engine, with an output of up to 440 hp and torque of 1,550 lb-ft.  It is scheduled to be available in the new DAF CF and XF Euro 6 models in the fourth quarter of 2013 and in Kenworth and Peterbilt trucks in 2015.

Kenworth Celebrates 90 Years of Industry Leadership
The Kenworth Truck Company is celebrating its 90th anniversary this year.  In 1923, Harry W. Kent and Edgar K. Worthington collaborated to design and manufacture a truck for the logging industry the result was a Kenworth truck.  Kenworth has developed an excellent heritage of quality, innovation and technology, producing more than 900,000 of The World's Best® trucks.

"Over the past 90 years, Kenworth has been a leader in the development of trucks that are more fuel efficient, productive and economical to operate," said Gary Moore, Kenworth general manager and PACCAR vice president.  "Kenworth takes great pride in its history of industry achievement and product excellence that benefits our customers worldwide." 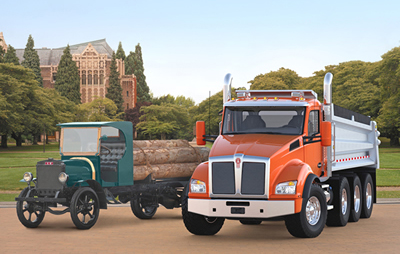 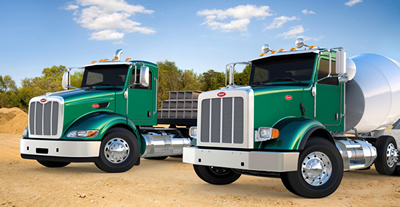 Financial Services Companies Achieve Record Results
PACCAR Financial Services (PFS) has a portfolio of 155,000 trucks and trailers, with total assets of $10.93 billion.  PacLease, a major full-service truck leasing company in North America and Europe with a fleet of over 33,000 vehicles, is included in this segment.  During the second quarter and first half of 2013, PFS profit increased due to growth in portfolio balances.

PACCAR is a global technology leader in the design, manufacture and customer support of high-quality light-, medium- and heavy-duty trucks under the Kenworth, Peterbilt and DAF nameplates.  PACCAR also designs and manufactures advanced diesel engines, provides financial services and information technology and distributes truck parts related to its principal business.

PACCAR will hold a conference call with securities analysts to discuss second quarter earnings on July 23, 2013, at 9:00 a.m. Pacific time.  Interested parties may listen to the call by selecting "Earnings Webcast" at PACCAR's homepage.  The Webcast will be available on a recorded basis through July 31, 2013.  PACCAR shares are listed on NASDAQ Global Select Market, symbol PCAR, and its homepage can be found at www.paccar.com.