July 26, 2011, Bellevue, Washington PACCAR reported improved revenues and net income for the second quarter of 2011, said Mark Pigott, chairman and chief executive officer.  PACCARs results reflect the benefits of stronger truck sales in North America and Europe and an improvement in aftermarket parts sales and financial services worldwide.  Strong worldwide truck industry demand and a robust increase in truck build rates have created challenges for some suppliers.  PACCAR is working closely with its suppliers to increase their production capacity in the next several months, Pigott added.

PACCARs excellent balance sheet, including $2.85 billion in manufacturing cash and marketable securities, and positive operating cash flow have enabled ongoing investments which extend PACCARs geographic footprint, enhance operating efficiency and support the development of innovative new products.  These investments will contribute to the companys long-term growth, said Pigott.  I am very proud of our 22,000 employees who have delivered excellent results to our shareholders as the industry rebounds from the recession.

PACCAR Increases Quarterly Dividend
PACCAR announced on July 11, 2011, that it increased its regular quarterly dividend by 50 percent, to eighteen cents ($.18) per share from twelve cents ($.12), for shareholders of record on August 18, 2011.  The increased dividend will be paid September 6, 2011.

Global Truck Markets
DAF achieved a market share of 15.3 percent in the above 15-tonne market in the first half of 2011.  DAFs medium-term market share goal is 20 percent.  Over the last two years, DAF has been the market share leader in the European tractor market as fleets recognize DAFs quality leadership, low operating costs and excellent resale value, said Harrie Schippers, DAF president.  Our estimate for 2011 industry sales in the above 15-tonne truck market in Europe is 230,000-250,000 units. 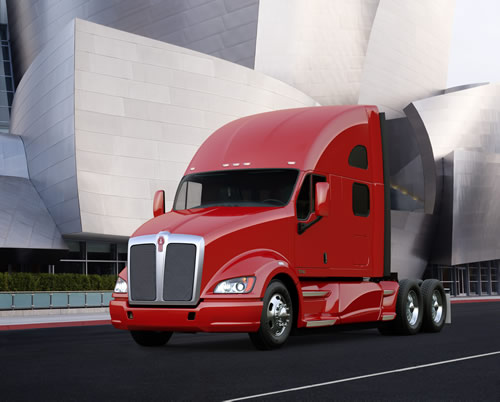 Class 8 industry retail sales in the U.S. and Canada are expected to be in the range of 180,000-200,000 vehicles in 2011.  We have lowered the range due to the uneven economic recovery and supplier capacity constraints, especially tires and chassis components.  The good news is that industry suppliers are investing in their facilities to meet increased market demands.  Our customers are benefiting from higher freight tonnage and improved fleet utilization rates, resulting in strong growth of our aftermarket parts sales, said Dan Sobic, PACCAR executive vice president.  For the first half of 2011, PACCAR achieved a Class 8 retail market share in the U.S. and Canada of 26.7 percent, an increase from the 24.1 percent achieved for the year 2010.

Financial Highlights Second Quarter 2011
Highlights of PACCARs financial results for the second quarter of 2011 include:

Financial Highlights First Half 2011
Financial highlights for the first six months of 2011 include:

Global Business Opportunities
PACCAR launched the DAF CF range in the Andean region of South America in the first half of 2011.  The model range will be further enhanced by the introduction of the DAF LF range in the second half of the year.  In addition, we are nearing selection of a site in Brazil for a DAF assembly facility.  The South American truck markets are growing and will provide excellent long-term opportunities for PACCAR, said Bob Christensen, PACCAR executive vice president. 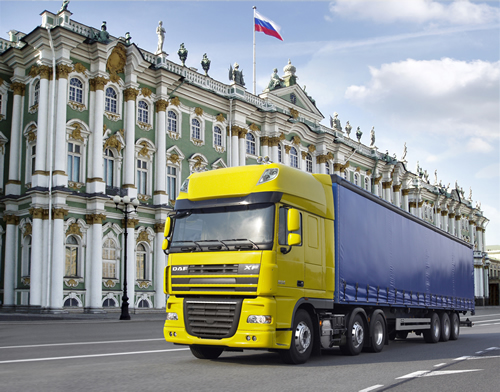 In May, DAF Trucks opened a new marketing and sales office in Moscow to enhance DAF's growth in the Russian market.  The DAF subsidiary will focus on marketing and sales activities as well as the further expansion of the DAF dealer network.  DAFs expansion in Russia will complement the sales of Kenworth trucks, which have been sold there for over 30 years.

Environmental Leadership
PACCAR is a leader in the development of environmentally friendly technologies, said Bob Christensen, PACCAR executive vice president.  All PACCAR manufacturing facilities have earned the prestigious ISO 14001 environmental certification.  This distinction recognizes that the facilities have implemented rigorous energy-saving measures and innovative design features.  Many PACCAR facilities in the U.S. and Europe have also successfully achieved 'zero waste to land-fill' status.

Other positive environmental initiatives include:

Capital Investments, Product Development and Industry Recognition
PACCARs excellent long-term profits, strong balance sheet, and intense focus on quality, technology and productivity have enabled the company to invest $3.9 billion in capital projects, innovative products and new technologies during the past decade.  Capital investments of $400-$500 million and R&D expenses of $275-$300 million are targeted in 2011 for new products and enhancing manufacturing operating efficiency.  Kenworth, Peterbilt and DAF are investing in new industry-leading products and services to enable our customers to achieve excellent results in their businesses, said Ron Armstrong, PACCAR president.

Peterbilt Motors Company earned the highest ranking in customer satisfaction in the J.D. Power and Associates 2011 Heavy Duty Truck Customer Satisfaction StudySM* in the vocational segment.  Peterbilts vocational vehicles consistently exceed customer expectations in a wide variety of configurations and applications, said Bill Jackson, Peterbilt general manager.  We are proud that Peterbilts superior customer satisfaction is reflected in the J.D. Power and Associates 2011 Study as customers rated Peterbilts vocational vehicles as the best in the industry. 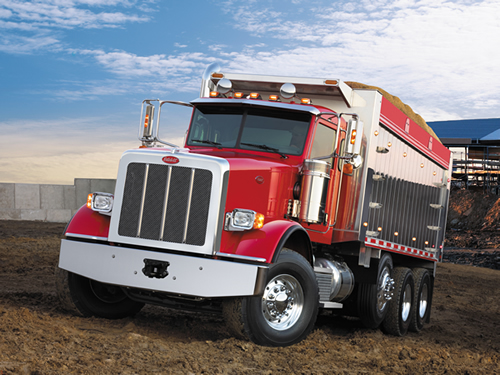 DAF Trucks was recently honored as one of the top 100 Apprenticeship Employers in the United Kingdom.  DAF Trucks received the accolade for its highly-acclaimed National Dealer Apprentice Program, the largest program in the U.K. specializing in heavy-duty commercial vehicle repair and maintenance skills.

Financial Services Companies Achieve Good Results
PACCAR Financial Services (PFS) has a portfolio of 137,000 trucks and trailers, with total assets of $8.69 billion.  PacLease, a major full-service truck leasing company in North America with a fleet of over 30,000 vehicles, is included in this segment.  During the second quarter and first half of 2011, PFS profit increased due to better finance margins and reduced credit losses.

PACCAR is a global technology leader in the design, manufacture and customer support of high-quality light-, medium-, and heavy-duty trucks under the Kenworth, Peterbilt and DAF nameplates.  PACCAR also designs and manufactures advanced diesel engines, provides financial services and information technology and distributes truck parts related to its principal business.

PACCAR will hold a conference call with securities analysts to discuss second quarter earnings on July 26, 2011, at 9:00 a.m. Pacific time.  Interested parties may listen to the call by selecting Live Webcast at PACCARs homepage.  The Webcast will be available on a recorded basis through August 5, 2011.  PACCAR shares are listed on NASDAQ Global Select Market, symbol PCAR, and its homepage can be found at www.paccar.com.

* J.D. Power and Associates 2011 Heavy Duty Truck Studysm.  Study was based on 1,651 responses from principal maintainers of heavy-duty trucks.  For more information please go to www.jdpower.com.