October 26, 2010, Bellevue, Washington PACCAR reported improved revenues and net income for the third quarter of 2010, said Mark Pigott, chairman and chief executive officer.  PACCARs results reflect the benefits of higher truck and parts sales and improving financial services profits worldwide.  The global economic recovery is progressing and our customers are benefiting from increased freight tonnage and higher fleet utilization rates, resulting in increased demand for PACCAR products and services.  I am very proud of our 16,500 employees who have delivered excellent results to our shareholders.

PACCARs excellent balance sheet and operating cash flow of over $1.1 billion in 2010 have enabled ongoing capital investments which enhance manufacturing operating efficiency and the development of innovative new products, such as the PACCAR MX diesel engine.  The PACCAR 12.9L engine is being installed in approximately 20 percent of Kenworth and Peterbilt vehicles in the U.S. and Canada.  The success of PACCARs MX engine reflects its industry-leading performance and fuel economy, as well as the steady transition in the North American truck market to the 13L engine specification, noted Pigott.  The U.S. and Canadian truck market is gradually adjusting to higher-priced vehicles resulting from the EPA 2010 emissions change, but industry truck order rates remain below historical levels.  European truck industry orders have strengthened compared to a year ago due to rebounding freight demand.  In Europe, DAF continues to achieve increased market share, which has contributed to improved financial results.

Financial Highlights Third Quarter 2010
Highlights of PACCARs financial results during the third quarter of 2010 include:

Financial Highlights Nine Months 2010
Financial highlights for the first nine months of 2010 include:

Quarterly Dividend Increased
PACCARsBoard of Directors approved a 33 percent increase to the quarterly cash dividend from nine cents ($.09) to twelve cents ($.12) per share, payable to stockholders of record at the close of business on November 19, 2010.  The companys stock has delivered a 33.6 percent return to shareholders for the first nine months this year and has outperformed the Standard & Poors 500 Index for the previous one-, three-, five- and ten-year time periods.

Global Truck Markets
DAFs premium-quality vehicles have achieved industry leadership in many countries in Europe.  DAF is the leader in European tractor sales with over 20 percent market share, said Harrie Schippers, DAF president.  At the recent IAA truck show in Hannover, Germany, DAF exhibited a comprehensive range of vehicle applications for vocational markets, such as bulk, refrigerated, refuse and construction.  DAF achieved a record market share in the above 15-tonne market of 15.8 percent for the first eight months of 2010.  DAFs medium-term market share goal for the 15-tonne market is 20 percent.  The estimate for 2010 industry sales in the above 15-tonne truck market in Europe is 160,000-170,000 units.  As the European economy continues to improve, it is anticipated that industry sales in 2011 will be in a range of 200,000-220,000 units, said Schippers. 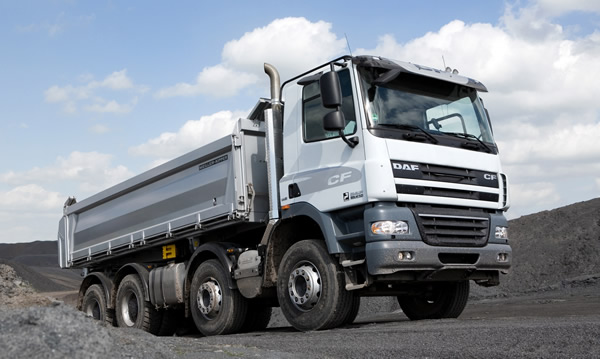 Class 8 industry retail sales in the U.S. and Canada are expected to be in the range of 120,000-130,000 vehicles in 2010, which is a 10-15 percent increase from last year.  This slow recovery reflects the uneven economy, high unemployment, and the low level of housing starts and automotive production, said Dan Sobic, PACCAR executive vice president.  There are some encouraging economic signs as freight tonnage has increased by seven percent this year and customers profitability is benefiting from stable fuel prices and improvements in freight rates.  Industry retail sales in 2011 are expected to increase, due to the historically high fleet age and general economic growth, to a range of 160,000-180,000 units.  This projected sales level is still below normal replacement demand of approximately 225,000 units, added Sobic.

South America Business Opportunities
PACCAR has earned a significant market share in many of the countries west of the Andes for over 40 years with its Kenworth vehicles.  We are now planning for the introduction of DAF vehicles in South America, including the construction of a manufacturing facility in Brazil, said Bob Christensen, PACCAR executive vice president.  Brazil is a major truck market with industry sales for the above 15-tonne market expected to be 110,000-120,000 trucks in 2010, similar to the U.S. and Canadian truck market. A new PACCAR Parts distribution center in Santiago, Chile will open in December to support current and future Kenworth and DAF customers.  These investments will deliver a significant increase to PACCARs sales in South America in the coming years, added Christensen.

PACCARs excellent balance sheet, complemented by its A+/A1 credit ratings, enables PFS to offer competitive retail financing to Kenworth, Peterbilt and DAF dealers and customers in 20 countries on three continents at a time when many third-party lenders have exited the transportation finance business, said Tim Henebry, PACCAR Financial president.  Higher freight volumes and increasing freight rates have improved our customers profitability leading to lower past dues and provisions for credit losses compared to 2009.  Used truck prices also continue to improve from prior year levels by 10-15 percent.

PACCAR Engine Facility Dedicated
In September 2010, the PACCAR Engine plant in Columbus, Mississippi, was dedicated in a ceremony that was attended by state and local officials, including Mississippi Governor Haley Barbour and local business and education leaders.  The PACCAR Columbus engine factory is one of the most technologically advanced commercial vehicle diesel engine operations in the world, said Jim Cardillo, president.  The PACCAR MX engine was introduced to the North American market in June 2010.  Over 2,000 MX engines have been assembled at the plant and installed in Kenworth and Peterbilt Class 8 trucks and are delivering excellent performance to our customers. 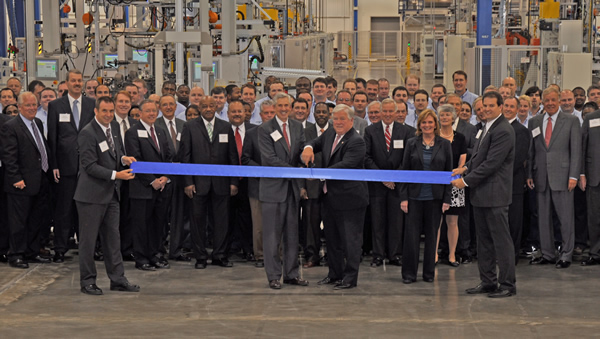 Capital Investments, Product Development and Industry Recognition
In 2010, capital expenditures of $175-$200 million and research and development expenses of $230-$240 million are being invested in new PACCAR products.  PACCAR is planning to increase capital investments in 2011 to accelerate comprehensive product development programs.  Capital expenditures are projected to be $400-$500 million and research and development expenses are estimated at $250-$300 million in 2011 as Kenworth, Peterbilt and DAF invest in industry-leading products and services to enable our customers to continue to deliver profitable results in their businesses, said George West, PACCAR vice president.

At the IAA Truck show in Hannover, Germany, DAF Trucks announced that the LF Hybrid will enter production by the end of the year.  The commencement of production follows two years of extensive field tests encompassing daily use across a range of diverse applications in the United Kingdom and Continental Europe.  The LF Hybrid will initially be available in the United Kingdom, the Netherlands, Germany, France and Belgium. 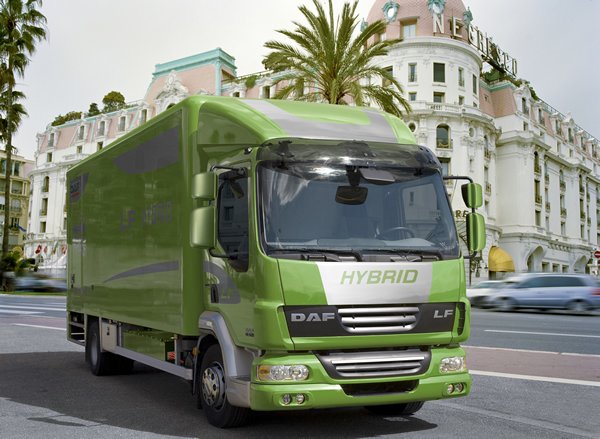 The DAF LF was recently awarded the Best 7.5 Tonne Imported Truck in Germany.  This award was presented by the leading German publisher of transport magazines, ETM-Verlag and was based on 8,000 responses from readers of their transport publications.

PACCAR is a global technology leader in the design, manufacture and customer support of high-quality light- medium-, and heavy-duty trucks under the Kenworth, Peterbilt and DAF nameplates.  PACCAR also designs and manufactures advanced diesel engines and provides financial services and information technology and distributes truck parts related to its principal business.  PACCAR shares are traded on the NASDAQ Global Select Market, symbol PCAR.  Its homepage is www.paccar.com.

PACCAR will hold a conference call with securities analysts to discuss third quarter earnings on October 26, 2010, at 9:00 a.m. Pacific time.  Interested parties may listen to the call by selecting Live Webcast at PACCARs homepage.  The Webcast will be available on a recorded basis through November 6, 2010.  PACCAR shares are listed on the NASDAQ Global Select Market, symbol PCAR, and its homepage can be found at www.paccar.com.