October 27, 2009, Bellevue, Washington PACCAR reported improved third quarter revenues compared to the second quarter of 2009, said Mark Pigott, chairman and chief executive officer.  The company generated net income of $13 million for the third quarter.  The financial results continue to reflect the impact of a recessionary economy on freight shipments and truck purchases.  I am very proud of our 15,000 employees who have delivered good results to our shareholders in todays very challenging business conditions.  PACCAR is one of the very few global companies in the automotive sector to earn a profit this year.  PACCAR is dedicated to delivering exceptional quality products and services, outstanding shareholder returns and environmental leadership. Pigott added, PACCARs manufacturing facilities and distribution centers are achieving record quality and productivity, which positions the company for strong performance as the industry returns to a normal vehicle replacement cycle.  PACCAR continues to proactively align operating expenses, capital expenditures and research and development with current market conditions.

Financial Highlights Third Quarter 2009
Highlights of PACCARs financial results during the third quarter of 2009 include:

Financial Highlights Nine Months 2009
Financial highlights for the first nine months of 2009 include:

Global Truck Markets
DAFs premium vehicles are the quality and resale-value leaders in Europe.  DAF improved its market share in the above 15-tonne market to 14.9 percent in the first nine months of 2009.  DAFs medium-term market share goal is 20 percent.  The estimate for 2009 industry sales in the above 15-tonne truck market in Europe is 170,000-180,000 units, reflecting ongoing challenging economic conditions throughout Europe, said Aad Goudriaan, DAF president.  As expected, economic recovery in Europe is lagging North America with truck sales in 2010 anticipated to be in a range of 150,000-180,000 units, similar to industry sales in 1992.

Class 8 industry retail sales in the U.S. and Canada are expected to be in the range of 100,000-110,000 vehicles in 2009, reflecting continued economic weakness, particularly in lower housing starts and auto production, said Dan Sobic, PACCAR executive vice president.  There are some mildly encouraging signs as freight tonnage has recently started to increase and the ISM Manufacturing Index has exceeded 52.0 in each of the last two months, the highest readings since July 2007.  Our customers profitability is benefiting from lower fuel prices and good availability of drivers, though freight rates and tonnage are lower than last year.  Industry retail sales in 2010 are expected to improve slightly, due to the aging of the fleet and general economic growth, to a range of 110,000-140,000 units, which is still below normal replacement demand of 225,000-250,000 units, added Sobic.

Profitable Global Dealer Network
PACCARs entrepreneurial independent dealer network of 1,900 locations worldwide continues to be a leader in the commercial vehicle industry in customer service.  PACCARs Kenworth, Peterbilt and DAF dealers are investing in their facilities, services and operating efficiency and have prudently managed their balance sheets to profitably grow their businesses as the economy improves.  PACCARs dealer network has invested over $350 million in their businesses in the past two years.

PACCARs excellent balance sheet, complemented by its AA- credit rating, enables PFS to offer competitive retail financing to Kenworth, Peterbilt and DAF dealers and customers in 20 countries on three continents at a time when many third-party lenders have exited the transportation finance business, said Armstrong.  In the third quarter, PACCAR Financial increased its originated loans and leases to $550 million, or 30 percent of new PACCAR trucks sold.  There is additional encouraging news with used truck pricing stabilizing in the U.S. and Canada, though pricing has declined in some European markets, said Tim Henebry, president, PACCAR Financial.  Credit losses have improved in the U.S. and Canada since the second half of 2008, offset by increased credit losses in Europe.

Kenworth Mexicana Celebrates 50 Years of Industry Leadership
Kenworth Mexicana (KENMEX) is celebrating 50 years of leadership in the Mexican transportation industry.  KENMEXs Class 8 market share of 37 percent has set the standard for decades and results from its unparalleled reputation for product innovation and quality, applied technology and outstanding customer support.  KENMEX produces Kenworth Class 5-8 vehicles for the Mexican and export markets in its state-of-the-art 575,000-square-foot production facilities in Mexicali, Baja California.  In 2006, PACCAR Mexico completed a $75 million investment to expand and modernize its KENMEX plant.  Since the establishment of KENMEX in 1959, over 155,000 vehicles have been manufactured in the Mexicali facility.  KENMEXs leadership for five decades results from a strong foundation of integrity, quality and innovation, said Sam Means, PACCAR Mexico president.  KENMEX looks forward to the next 50 years and the continued dedication to quality and customer service that has made Kenworth the preferred brand of Mexicos commercial vehicle customers. 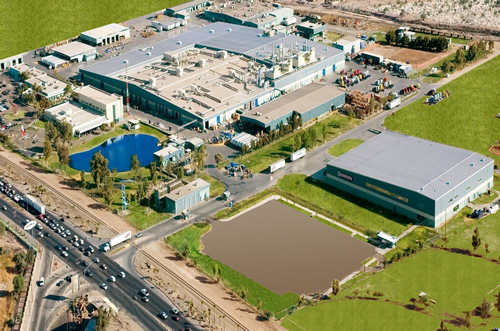 Product Development, Quality Awards and Recognition
PACCAR is planning to increase capital investments in 2010 as the economy improves.  In 2009, capital expenditures of $100-$125 million and research and development expenses of $190-$200 million are targeted for new products and enhancing operating efficiency.  Kenworth, Peterbilt and DAF are investing in new industry-leading products and services to enable our customers to continue to deliver profitable results in their businesses, said Jim Cardillo, PACCAR president. 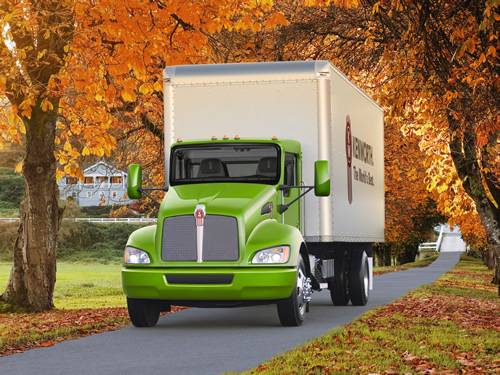 InformationWeek (IW) magazine recognized PACCAR as a leading information technology innovator, generating new ideas to drive business results during difficult global economic conditions.  In the 21st annual ranking of technology innovators, PACCAR was listed at 68th in the IW500 list and was the highest ranked company in the Automotive sector.

PACCAR will hold a conference call with securities analysts to discuss third quarter earnings on October 27, 2009, at 9:00 a.m. Pacific time.  Interested parties may listen to the call by selecting Live Webcast at PACCARs homepage.  The Webcast will be available on a recorded basis through November 6, 2009.  PACCAR shares are listed on the NASDAQ Global Select Market, symbol PCAR, and its homepage can be found at www.paccar.com.