September 25, 2007, Bellevue, WA PACCAR held a ceremony for the laying of the foundation stone of its new state-of-the-art Parts Distribution Center (PDC) near Budapest, Hungary today.  The ceremony, led by PACCAR Chairman and Chief Executive Officer Mark Pigott and the US ambassador to Hungary, April Foley, was attended by the Dutch Ambassador Ronald Mollinger, the DAF Supervisory Board, as well as senior Hungarian state and local officials.

PACCAR is pleased to locate its new Parts Distribution Center in this strategic economic region near Budapest commented Mark Pigott.  This facility will support DAFs ongoing growth in Central and Eastern Europe.  It will provide excellent proximity to our dealers and customers and deliver outstanding service and parts availability.  PACCAR and DAF Trucks are recognized as the quality and technology leaders in the industry.  In the last decade, DAF commercial vehicles have earned the European Truck of the Year award three times the most of any manufacturer in Europe.  PACCARs legacy of technology and innovation has been recognized by the National Medal of Technology, awarded by President Bush.

The new Parts Distribution Center will play a crucial role in DAFs success in Central and Eastern Europe, noted Aad Goudriaan, DAF President and PACCAR Vice President.  In the fast growing market of the twelve new EU member states, DAFs presence is accelerating as it currently has a 16 percent market share in the 15+ tonne segment in this region, compared to 13 percent last year.  It is estimated that the Central and Eastern Europe truck market will expand to 100,000 units in the next five years and DAF is well positioned due to investments such as the new PDC.

Upon completion of the Budapest PDC facility, PACCAR will operate 13 parts distribution centers worldwide, each strategically located to provide daily aftermarket parts support to PACCARs growing base of dealers and customers.  PACCAR Parts has more than tripled its sales since 1996, reaching almost $2 billion in 2006.  Ongoing capital investments will enable the business to continue its strong growth.

PACCAR shares are listed on the NASDAQ Global Select Market, symbol PCAR, and its homepage can be found at www.paccar.com. 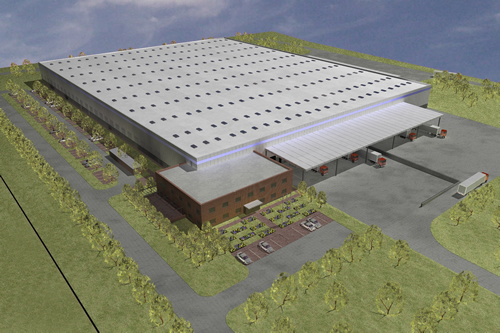 The PACCAR Parts Distribution Center in Hungary will open in mid-2008.