For the first nine months of 2007, PACCAR reported net income of $966.2 million ($2.58 per diluted share).  "PACCAR has earned a net profit for 69 consecutive years and has paid a dividend every year since 1941," noted Mike Tembreull, vice chairman.  "PACCAR has established itself as a global leader in financial services, aftermarket customer support, information technology and lean manufacturing." PACCAR has achieved a compound annual growth rate (CAGR) in earnings per share for the last ten years of 22.8 percent compared to the S&P 500s growth rate of 7.7 percent.  The companys stock has outperformed the Standard & Poors 500 Index for the previous one-, three-, five- and ten-year time periods.

"DAF continues to benefit from a strong Western and Central European truck market.  DAF will increase its production rate by 5 percent in the first quarter," commented Tom Plimpton, president.  The U.S. and Canadian truck markets remain sluggish due to the pre-buy in 2006 and lower freight ton miles this year, resulting in truck factory shutdown days and reduced build rates throughout the industry.  Peterbilt and Kenworth have extended their holiday vacations to accommodate slower industry demand, added Plimpton.

"Construction of PACCARs new engine plant in Mississippi is progressing well with production of engines scheduled to begin in late 2009," said Jim Cardillo, executive vice president.  "The facility is being designed to have the capacity to deliver engines to Kenworth and Peterbilt as well as meet the strong demand for DAF vehicles in Europe.  The strong Euro makes the shipment of engines to DAF very attractive." Craig Brewster, assistant vice president, added, "Customers are achieving good performance with the 2007 emission compliant engines.  Looking ahead to the 2010 emission regulations, it is possible that the industry may experience a more balanced purchase cycle in the 2009-2010 time period."

PACCAR is a global technology leader in the design, manufacture and customer support of high-quality light-, medium- and heavy-duty trucks under the Kenworth, Peterbilt and DAF nameplates.  It also provides financial services and information technology and distributes truck parts related to its principal business.  PACCAR shares are traded on the Nasdaq Stock Market, symbol PCAR, and its homepage is www.paccar.com. 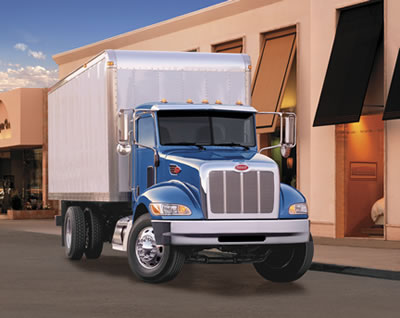