October 24, 2007, Bellevue, Washington PACCAR achieved very good revenues and net income for the third quarter and first nine months of 2007, said Mark C. Pigott, chairman and chief executive officer.  PACCARs balanced global diversification, with over 60 percent of revenues originating outside of the U.S. and a double-digit revenue increase in the companys finance and aftermarket parts businesses contributed to solid operating performance.  Strong demand for PACCAR products in Europe, Australia, Mexico and export markets continues to generate excellent earnings and provide opportunities for growth, tempered by truck industry declines in the U.S. and Canada. PACCARs total return to shareholders over the last four quarters was 56 percent compared to 16.5 percent by the S&P 500 during the same period.

PACCAR Completes Share Repurchase Program
During the third quarter of 2007, PACCAR invested $249.7 million to repurchase 4.58 million of its common shares (adjusted for the recent 50 percent stock dividend).  These purchases complete the $300 million share repurchase authorization from its Board of Directors.  PACCAR has invested $978 million to repurchase 27.4 million common shares in the last three years.  The share repurchase programs reinforce the fact that PACCAR is an excellent long-term investment, said Mike Tembreull, vice chairman.  The companys stock, including reinvested dividends, has outperformed the S&P 500 Index for the previous one-, three-, five- and ten-year time periods.

Quarterly Dividend Increase
The PACCAR Board of Directors approved an eight percent increase in the regular quarterly dividend to $.18 (eighteen cents), effective with the dividend payment on December 5, 2007, for shareholders of record on November 19, 2007.  This marks the second dividend increase this year, resulting in a year-to-date dividend increase of 35 percent.  PACCAR has increased its dividend an average of 20 percent per year during the last decade and has paid a dividend every year since 1941.

Financial Highlights Third Quarter 2007
Highlights of PACCARs financial results during the third quarter of 2007 include:

Financial Highlights Nine Months 2007
Financial highlights for the first nine months of 2007 include:

Global Truck Market
The European economy continues to experience robust growth, shared Aad Goudriaan, DAF Trucks president.  In the third quarter, business and consumer confidence remained strong and unemployment fell to a ten-year low.  Industry truck sales in Western and Central Europe above 15 tonnes are excellent and could reach a record 320,000 units this year.  It is estimated that the market could be a record 330,000-350,000 units in 2008.  DAFs premium vehicles are the quality and resale value leaders in Europe and our goal is to achieve over 20 percent market share, noted Goudriaan.  DAF is benefiting from strong growth in Central and Eastern European markets and is set to achieve record sales and profit in 2007.  Sales and profits in Australia, Mexico and other international markets are also on pace to achieve record results in 2007.

In the U.S. and Canada, the industry prebuy in the second half of 2006, coupled with the impact of lower housing starts and automobile production, partially offset by good consumer retail sales has resulted in a sluggish Class 8 truck market, said Dan Sobic, PACCAR senior vice president.  Industry retail sales are estimated to be 175,000-185,000 vehicles this year.  Industry retail sales are projected to improve in 2008 due to normal replacement demand and be in the range of 210,000-240,000 vehicles.  PACCARs year-to-date 2007 retail market share of the U.S. and Canadian Class 8 market has risen to a record 26.5 percent from 25.3 percent for 2006. 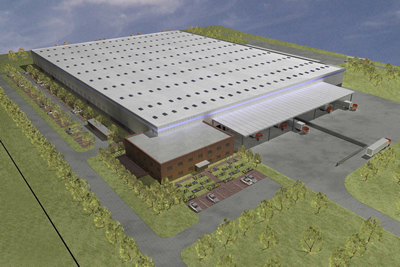 Environmental Leadership
PACCARs environmental leadership is underscored by the innovative technologies being implemented in new hybrid vehicles as well as in manufacturing and distribution facilities throughout the company, said Tom Plimpton, PACCAR president.  The increase in fuel prices worldwide has highlighted the advantages of PACCARs hybrid vehicles, which are estimated to deliver 30 percent better fuel economy than traditional commercial vehicles.

PACCAR and Eaton Corporation are jointly developing proprietary hybrid technology for heavy-duty commercial vehicles in North America.  The innovative new products will be introduced exclusively in Kenworth and Peterbilt trucks in the North American market, targeted for initial production by the end of 2009.  PACCAR and Eaton Corporation are also jointly developing diesel-electric technology for Kenworth, Peterbilt and DAF medium-duty hybrid trucks, with production beginning next year. 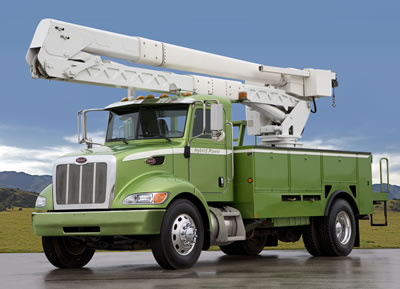 The Peterbilt Hybrid 335 is estimated to achieve a 30 percent improvement in fuel economy.

DAF showcased its updated range of premium-quality models, including Euro 5 versions of the LF model, at the October European Road Transport Show in Amsterdam.  DAF has been a leader in engine development for 50 years, said Ron Borsboom, DAF chief engineer.  DAF is one of the first manufacturers to deliver vehicles compliant with new emission requirements well ahead of the 2009 deadline.

Industry Awards
Kenworth Truck Company achieved the highest ranking in customer satisfaction among Class 8 truck owners in the Over The Road, Pickup and Delivery, and Vocational Segments, according to the recently released J.D. Power and Associates 2007 Heavy Duty Truck Customer Satisfaction StudySM*.  Kenworth is the first truck manufacturer to sweep all three major product segment awards since the customer satisfaction survey was introduced, said Bob Christensen, PACCAR vice president and Kenworth general manager.  Kenworth has an outstanding record of delivering the highest levels of customer satisfaction in the industry in terms of performance, quality and low cost of ownership. Since 1999, PACCAR has earned 23 J.D. Power awards while the closest competitor has earned nine.

Financial Services Companies Achieve Record Revenues and Earnings
PACCAR Financial Services (PFS) assets climbed to a record $10.7 billion.  The PFS portfolio, consisting of more than 168,000 trucks and trailers, includes PACCAR Financial Europe, with over $2.6 billion in assets and PACCAR Leasing, a major full-service truck leasing company in North America and Europe, with a fleet of over 31,500 vehicles.

Record quarterly pretax income of $73.4 million was ten percent higher than the $66.7 million earned in the third quarter last year.  Third quarter revenues rose to $313.2 million compared to $246.2 million in the same quarter of 2006.  For the nine-month period, revenues increased to $864 million from $690.1 million during the same period a year ago and pretax income rose by 15 percent to a record $207.9 million compared to $181.2 million in 2006.  PACCAR Financial Services profitably supports the sale of PACCAR trucks in 18 countries with a comprehensive portfolio of finance, lease and insurance products, said Ken Gangl, senior vice president.  Record assets, solid margins, strong credit quality and rigorous portfolio management are providing excellent earnings.  PACCARs superb balance sheet, complemented by its AA- credit rating, enabled the company to continue to grow its asset base and meet its funding needs even as many other companies liquidity was interrupted due to turbulent credit markets worldwide.

PACCAR will hold a conference call with securities analysts to discuss third quarter earnings on October 24, 2007, at 9:00 a.m. Pacific time.  Interested parties may listen to the call by selecting Live Webcast at PACCARs homepage.  The Webcast will be available on a recorded basis through October 31, 2007.  PACCAR shares are listed on the NASDAQ Global Select Market, symbol PCAR, and its homepage can be found at www.paccar.com.