“The North American and European economies are projected to continue growing in 2019. Our customers are very profitable and benefiting from strong freight demand. Freight activity grew 6.6% percent in the U.S. in 2018, the highest growth in 20 years. Kenworth and Peterbilt’s 2019 build schedules are substantially full due to the robust orders. We expect 2019 to be another excellent year for PACCAR,” added Armstrong.

Financial Highlights – Fourth Quarter 2018
Highlights of PACCAR’s financial results during the fourth quarter of 2018 include:

European truck industry registrations above 16-tonnes were a robust 319,000 trucks in 2018. It is estimated that European truck industry registrations in the above 16-tonne market in 2019 will be another excellent year in the range of 290,000-320,000 trucks. “European transport activity and truck demand have been strong due to five consecutive years of steady European economic growth,” said Harry Wolters, DAF president. “DAF produced a record number of trucks and achieved record above 16-tonne market share of 16.6% in 2018. DAF trucks, including the DAF XF and CF ‘International Truck of the Year 2018,’ deliver premium quality, exceptional fuel efficiency and superior driver comfort for our customers.” 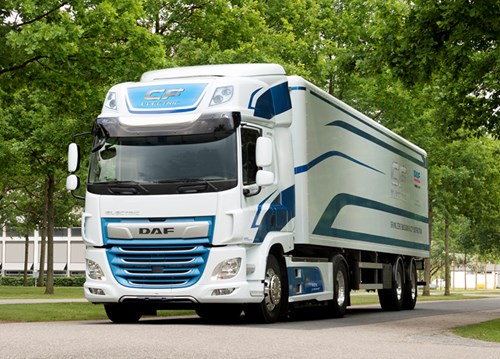 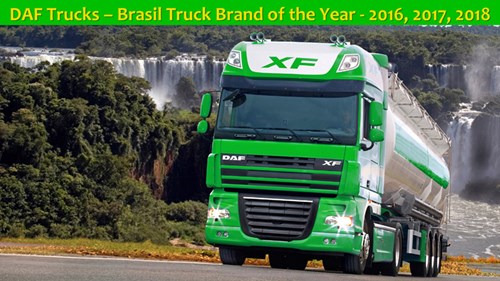 Kenworth, Peterbilt and DAF are leaders in the development of alternative powertrain commercial vehicles. Kenworth, Peterbilt and DAF are field-testing battery electric, hydrogen fuel cell and hybrid powertrain vehicles with customers in North America and Europe. “PACCAR is excited about the opportunity to create the next generation of powertrains that will continue the company’s environmental leadership and enhance our customers’ operations,” said Landon Sproull, PACCAR vice president. 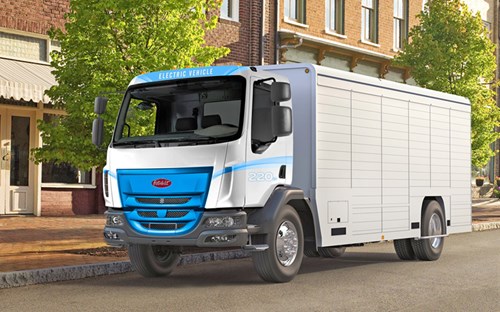 Kyle Quinn, PACCAR chief technology officer, noted, “PACCAR is investing in next generation technology across its portfolio of industry-leading products and services. The PACCAR Innovation Center in Silicon Valley, California enhances the company’s access to emerging technologies and talent from around the world. CES is an outstanding forum to showcase PACCAR’s advanced engineering leadership.” 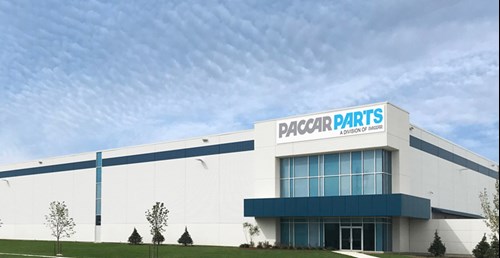 Increased Investments in Products, Technologies and Aftermarket Support
PACCAR’s consistent long-term profits, strong balance sheet, and intense focus on quality, technology and productivity have enabled the company to invest $6.1 billion in new and expanded facilities, innovative products and new technologies during the past decade. Capital investments of $437.1 million and research and development expenses of $306.1 million in 2018 were invested in new vehicles and technologies, enhanced manufacturing and parts distribution facilities and innovative aftermarket support programs. George West, PACCAR vice president, said, “We are increasing our capital and research and development investments in 2019. Capital expenditures are projected to be $525-$575 million and research and development expenses are estimated to be $320-$350 million. PACCAR is investing for long-term growth in new truck models, integrated powertrains including zero emission electrification and hydrogen fuel cell technologies, enhanced aerodynamic truck designs, advanced driver assistance systems and truck connectivity, and expanded manufacturing and parts distribution facilities.”

PACCAR Achieves Elite “A” Score from CDP for Environmental Management
PACCAR has been honored as a global leader in environmental practices by environmental reporting firm CDP, earning recognition on the 2018 CDP Climate Change A List. Every year, over 6,000 companies disclose data about their environmental impacts, risks and opportunities to CDP for independent assessment. Reporting companies receive scores of A to D- rating their effectiveness in tackling climate change and other environmental issues. “Environmental leadership is one of PACCAR’s core values. We are proud to earn a CDP score of ‘A,’ which places PACCAR in the top 2% of reporting companies,” said Darrin Siver, PACCAR senior vice president. PACCAR’s 2018 CDP report is available to the public at www.cdp.net.

PACCAR will hold a conference call with securities analysts to discuss fourth quarter earnings on January 29, 2019, at 9:00 a.m. Pacific time. Interested parties may listen to the call by selecting “Q4 Earnings Webcast” at PACCAR’s homepage. The webcast will be available on a recorded basis through February 8, 2019. PACCAR shares are traded on the Nasdaq Global Select Market, symbol PCAR. Its homepage is www.paccar.com.